The Daiily Value of a Powerful Lesson

Some lessons I've learned a few times over. Sometimes, when I think I have learned a lesson and am practicing it to its fullest, I can, to my surprise, be caught re-learning it the hard way -- by making a new mistake.

One of the most powerful lessons is applicable to business as well as life. It is pretty simple.

You are responsible for everything you do.

Okay, let me explain this with examples.

If you build something and it doesn't work, it's your fault.

If your life is not going the way you wanted it, it's your fault.

If you start a company and it fails, it's your fault.

That's not to say that if you get hit by a bus while happily standing in your front yard, that that's your fault. No, I'm not saying this. Even when I say "if your company fails it's your fault", I'm not saying you're in full control of everything. Sometimes shit happens.

What I'm saying though, is that you're responsible for making sure that the best outcome you envisioned for yourself actually happens. And if it doesn't, there is no point in blaming others for it, because others probably don't care or won't fix it for you.

So, even if you do get hit by a bus, you can choose to be miserable about it or accept it and make the best of it. You're responsible for your own happiness, not others.

Why am I saying this? Why now?

I wanted to write this ever since I produced the first can of my energy drink, Entropy. 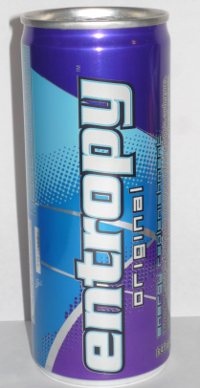 Let me go back to that day, in September 2010. It was an exciting day. I had done all the art work for the can with a top-notch graphical designer specialized in cans. I reviewed the art work several times. The design had been sent to an engraver for post-processing -- these things are carved onto metal so they can be spray-painted by a machine that produces the cans.

Once everything was ready, I went directly to the floor of the factory at Ball Corp, in New York, to supervise the production of the first real can. My product was going to take off. 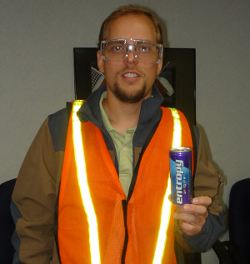 (On the floor of Ball, with the very first empty can of Entropy)

Then, boom, I saw it. It was there staring at me: a spelling error. On the first real can.

Everything was done by professionals. At least four different people had seen the design before it went to production. How could it have happened?

Turns out, everyone, including myself, had missed it. But it was there, printed on the can, in the supplement panel: "daiily value". Double "i". 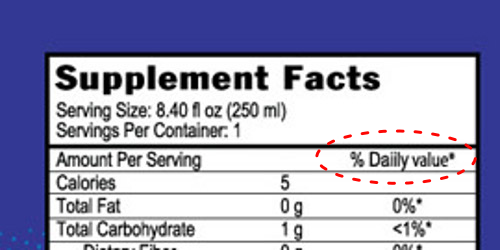 I actually had caught this error on the very first version of the design, still in time for fixing it. I had told the designer about it. But I failed to verify. Guess whose fault it was? Yep, not the designer's nor the folks at the engraving shop. Nope. Mine.

That day, my heart sunk. It was a terrible feeling. How could I possibly have overlooked this?

Turns out, months later, I would discover that this was not the only mistake I had made in conducting my business. It certainly wasn't the most important error nor one that contributed to Entropy's failure.

In fact, to this day,  no one noticed the spelling error. Not a single person  has ever mentioned it to me.

But it exemplifies the lesson very well: I'm responsible for everything. After all, everyone else got paid. They didn't have to live with this. I had. Daiily, if you will. So it's my fault.

And that is the end of the lesson. You're responsible for everything you do.

Okay, but people still ask me why I stopped producing Entropy. And if this small typo is not the reason for Entropy's failure, what is it then?

There are many reasons. Reasons that are specific to the beverage industry. But they're all incarnations of this very lesson, one way or another. So, it makes sense to discuss them here.

And here are some of the main reasons. There are probably many others, including also timing and luck, of course.

I learned a lot with Entropy. A lot of the stuff I learned reinforced the same lesson I had learned a few times before: you're in charge of your life/company/career/happiness/etc. Go make it work. Find a way. Don't blame others. All my mistakes were solely mine, no one else's.  (I wrote a convoluted version of this lesson before, as an analogy where people are all floating in this ocean we call "life" and we have to find a way to our islands.)

When I see Rupert Murdoch saying he didn't know about the phone hacking scandal going on at his company, I say, WTF? He's the CEO isn't he? Guess who should have known about it?